Lauren Gootee’s Journey Through a Court Reporting Career – Was It a Good Choice? 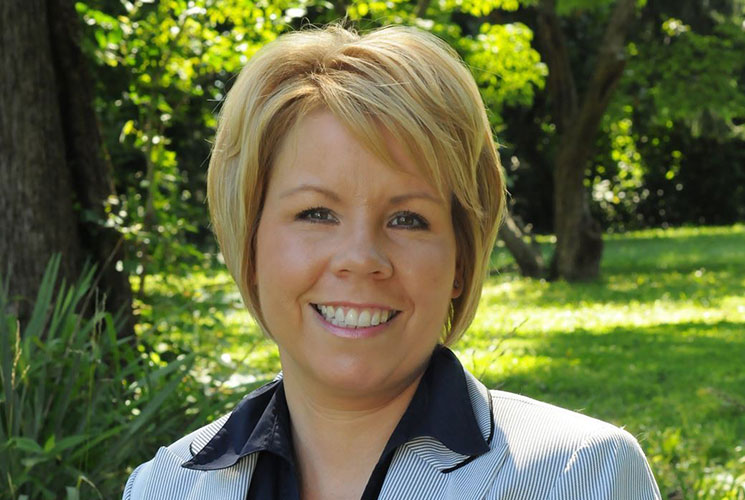 When I chose to go to court reporting school, I can remember thinking it would be exactly like what I saw on TV.  I used to love all of the television courtroom dramas of the ‘80s.  Just think, in two years’ time I would be in a dramatic courtroom every day sitting front and center!

Court reporting school truly flew by.  I was fortunate enough to be one of two reporters who finished in two years.  There are only two of us from the beginning class of 30 that are still reporting, and we are still friends.  We even worked together at a firm in Cleveland, Ohio in the ‘90s, but our careers have been vastly different.  That’s one sure thing about court reporting, every path is different.

In most fields, if you were in the top of your class you would be immediately offered a job.  When I finished school in 1991 in Cleveland, Ohio, there were no official court positions open, and I learned very early that when they came open, they were filled immediately.  Those were salaried positions with benefits and pensions.  The freelance market being saturated, no firm would hire me without experience.  My dreams of being a court reporter began to fade as I began working temp jobs at a couple of local banks.

I had a job interview in Pittsburgh, Pennsylvania, the first week in January and began work the first week of February.  I was 21 years old.   Did I want to move to Pittsburgh?  Absolutely not, but my father had instilled in me a strong work ethic, and not meeting my goal was out of the question.  When I got the job in Pittsburgh, I had to go.

My first job was at Powers & Garrison, and I was hired by Joe Garrison.  To say he is court reporting greatness is an understatement.  The training I got there was top-notch.  When I think back over my career I can see so clearly now that I have been truly blessed.  Court reporting has ALWAYS been good to me.

To the newer court reporters, imagine what it was like to report before cellphones or the software systems we have today.  There was no navigation system in our cars.  I had to call for directions for almost every job I went to and was given directions by following landmarks.  I often made a dry run to my jobs the day prior so I would know where I was going the next day.  Traffic in Pittsburgh was horrific and there was no time for error.  Oftentimes, the job canceled after you’d driven two hours to get there.

Laptops were nonexistent.  Office mates were assigned based on smoking preferences.  I was assigned to a computer at the office, shared it with two other reporters, and we signed up for computer time.  How do you even do that when you’re a working reporter taking depositions all over western Pennsylvania?  I ended up working most evenings and weekends because the other reporters had families and were out of the office then.

It took me almost a year to save for my own computer.  That was the first game changer for me, having my own computer at home.  Then my boss, the Great Joe Garrison, asked me if I wanted to use a modem.  A modem?  What is that?  Another game changer.

I worked in Pittsburgh for nearly three years, then became engaged to a man back in Cleveland and it was time to go home.  This time, with almost three years of training, I was able to find a job easily.  I was 24 now.

I spent a few years in the ‘90s in Cleveland at a few different firms. Those were fun times.  I had no kids, and reporters spent more time in the main offices of the firms.  I formed life-long friendships that I still maintain, admittedly today mostly thanks to Facebook.  I loved those years.

Again, I ended up working with greatness.  I was hired by Dennis Parise.  He was a speed champion and instilled in his reporters the importance of certification.  He was a huge inspiration, and I am still grateful.

Eventually, I was entrusted with a regular flow of more lucrative work.  I found a new passion for my job, improving my writing and watching my dictionary grow.  I went from “new reporter” work – car accidents, zoning board hearings, 20-minute workers’ comp depos – to taking all-day medical malpractice depositions and intense business litigation depositions.  It was awesome!  I knew the difference and I loved it.

One entire summer was spent reporting the continuing deposition of a French executive. It ended up being ten volumes.  The attorneys were intense, as this case had been their lives for five years.  The next step was to take employee depositions in Paris, France, and I was chosen to report them.  It was to be two weeks of depositions with interpreters.  This was in 1997.  I was one year married and had just bought my first house.

I was flown to Paris, France, business class.  That was amazing in itself.  The attorneys conferenced for a couple of days while I toured the city with their wives.  We took one day of depositions.  Following that, they conferenced for a couple more days and settled the case.  I was honestly relieved.  That one day of depos with the interpreter was exhausting.  I guiltily ditched my supplies, two weeks’ worth of steno pads, and promised my husband I would bring him back some time and headed home.

I had my first child in 1999, and that is when court reporting became much more stressful for me.  Cleveland was a city where tape recorders were a no-no.  It’s hard to believe now, with recorded backup self-contained within our CAT systems, that at one time it was considered unprofessional to use audio backup.  I still can’t believe I reported for almost six years without any tape-recorded backup.  I was exhausted from being a new mom and really couldn’t handle the stress.  In 2000 I purchased Case Catalyst with AudioSync.  Another game changer!

My next big move was when my husband took a job in Louisville, Kentucky.  That is when I was hired by Rick and Ellen Coulter, and I am still with them.  Another huge blessing from the court reporting gods.

When I first came to Louisville my son was almost two and I only worked three days a week.  I had another child and kept working three days a week for a few years.  It was ideal.  Court reporting offers great flexibility when you work for a firm that supports you, and I did.

Coulter Reporting is where I have worked for the majority of my reporting career and where I have been afforded the most ability to grow.  I have been offered jobs here and opportunities that I had not gotten before.  Rick and Ellen were both realtime writers and great mentors and encouraged me to try realtime.

For the first time I was hired to work in a courtroom and report trials.  These were on a daily copy basis.  At first the technology made it difficult, with the need for couriers running daily between the courthouse and our scopists and proofreaders.  Thankfully, technology has streamlined that process.  It is amazing to think how far we have come.

During my reporting career, as we all do, I have faced personal challenges.  I have had children with behavioral issues and parents with health issues. I went through a divorce. I remarried and faced the serious illness of a spouse.  But I can honestly say that court reporting got me through all of it with my sanity.  How?  Is that true?  There is no way, is there?

How?  It gave me an escape.  It gave me an anchor.  It allowed me to continue to work through everything.  Any other job I would have had to quit or take a break from, but court reporting I could keep doing.  Was it hard?  Of course it was hard, but obviously not impossible.  It allowed me to still be able to make a living while working through the trials and tribulations of life.

Is court reporting a good career choice?  It is an amazing career choice, and I am shocked that we are in a shortage.  With the technology today the opportunities are vast and far reaching.

As for me personally, it was a great choice.  I do consider myself a successful court reporter, but I have not done it alone.  I was fortunate to have been trained and mentored and guided along my path.  Joe Garrison as my first boss – just wow!  Dennis Parise, a speed champion who expected excellence from his reporters – wow again!  And Rick Coulter – brilliant business mind who is willing to take chances.  To say I am blessed is an understatement.  He has always believed in me and pushed me to be better!

Where will court reporting take me next?  I can’t wait to find out!